Grey. Woods. Fin sits up in a silver haze, crinkling the leaves beneath his cold hands. He looks around for Madros, realizing he is no longer in his suite. "How did I get?" "Come, Findathúil." Atya's disembodied voice pierces the grey ... 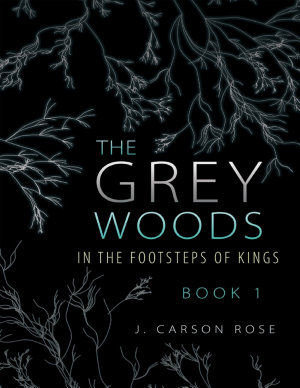 The Grey Woods is a meeting place between worlds, where souls go after they die, where they come before they are born. Here Lady Atya of the Majae draws Fin Goldvale into this spiritual realm to witness past events that hold the key to his future. Fin is caught between his cousin Madros and his love for Eamìn the Majae and in order to protect her, Fin must navigate Madros’ growing madness by understanding this insufferable man’s past. Madros sends Eamìn to a remote city where his cousin Gareth is king. Fin is sent along and accused of an affair with Eamìn, who is forced to marry Gareth while in hiding. He escapes to Madros’ city with the news that she is no longer safe there. But pulling her out will expose her to the Lord of the Dream Realm, who Madros is ultimately protecting her from. Madros must decide if leaving Eamìn with Gareth is the lesser of two evils or will the worry drive him to choose an option so deadly, in an attempt to rid both threats to her. In the end Fin must decide whom to serve.