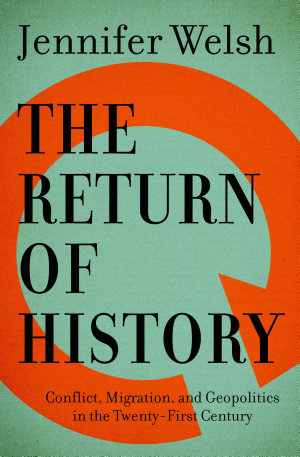 In the 2016 CBC Massey Lectures, former Special Advisor to the UN Secretary-General and international relations specialist Jennifer Welsh delivers a timely, intelligent, and fascinating analysis of twenty-first-century geopolitics. In 1989, as the Berlin Wall crumbled and the Cold War dissipated, the American political commentator Francis Fukuyama wrote a famous essay, entitled “The End of History,” which argued that the demise of confrontation between Communism and capitalism, and the expansion of Western liberal democracy, signalled the endpoint of humanity’s sociocultural and political evolution, and the path toward a more peaceful world. But a quarter of a century after Fukuyama’s bold prediction, history has returned: arbitrary executions, attempts to annihilate ethnic and religious minorities, the starvation of besieged populations, invasion and annexation of territory, and the mass movement of refugees and displaced persons. It has also witnessed cracks and cleavages within Western liberal democracies as a result of deepening economic inequality. The Return of History argues that our own liberal democratic society was not inevitable, but that we must all, as individual citizens, take a more active role in its preservation and growth. 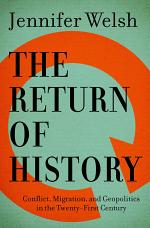 The Return of History 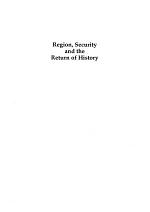 Region, Security and the Return of History

Authors: Anthony Milner
Categories: Political Science
A decade ago there was talk of the "end of history". Francis Fukuyama assured us that no ideology, even Islamic ideology, could challenge the universalist claims of liberal democracy. Influential analysts spoke of an international convergence of value systems as well as economies. Today some have gone to the other 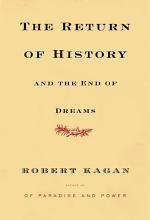 The Return of History and the End of Dreams

Authors: Robert Kagan
Categories: Political Science
Hopes for a new peaceful international order after the end of the Cold War have been dashed by sobering realities: Great powers are once again competing for honor and influence. The world remains “unipolar,” but international competition among the United States, Russia, China, Europe, Japan, India, and Iran raise new 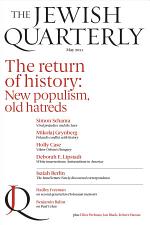 Jewish Quarterly 244 The Return of History

Authors: Jonathan Pearlman
Categories: Social Science
“For a long time now, the authority of knowledge has been under siege from those who march under the banner of pure belief.” —Simon Schama Welcome to the new JQ. The Return of History investigates rising global populism, and the forces propelling modern nativism and xenophobia. In wide-ranging, lively essays, 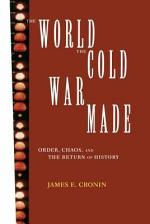 The World the Cold War Made

Authors: James E. Cronin, Cronin James, Prof James E Cronin
Categories: History
The World the Cold War Made examines the Cold War and its lasting legacy by carefully exploring the creation and structure of the postwar settlement; its successes, failures and adaptations; and the eventual coming apart of the post war order in the 1980s and early 1990s. James Cronin shows how